Delhi dating guide advises how to date Indian women and what are the best places to meet single girls in Delhi, India. 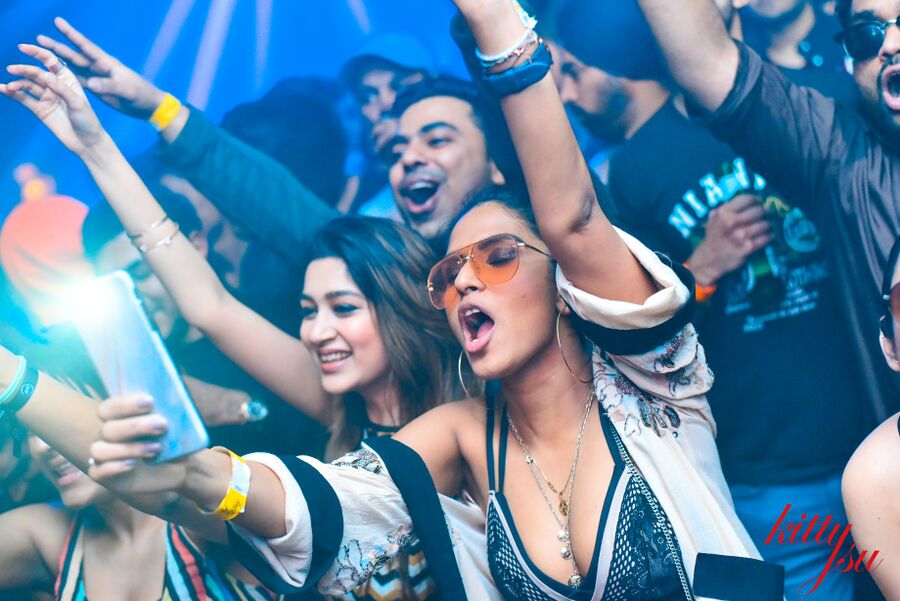 Delhi girls know how to party! Captured having fun at the Kitty Su club

Delhi is the capital city of India and it is the city truly reflects the local dating culture. To begin with, most of us who know anything about Asian cultures especially the subcontinent region are aware of the vast diversity and the impact it has on the dating culture. India is known to have a rather modest dating culture where the women are yet subdued and society on the whole is conservative. However, this has drastically changed and is just a notion of the past. Especially major cities and power centres such as the city of Delhi witnesses a trend that is quite contradicting. The dating culture of Delhi is known to be incredibly modern and nuanced. The people of the capital city of India are known to be well educated, aware and savvy, they have considerable global exposure and they aren’t shy and orthodox as some might think.

This is further solidified when one takes a look at the new India where the younger age groups are open about dating unlike their predecessors. Dating is no longer a taboo and young adults are dating loved ones flaunting every bit of the dating experience on social media and in friend circles. As a tourist, you will be shocked to witness how many young adults are dating with the blessings of their parents as well. This is surprising predominantly because dating was once a taboo here and arranged marriages are still a thing.

Dating in Delhi is no longer as difficult as it once was, however, tourists need to be extremely realistic in their expectations. The people may have progressive views now but dating yet hasn’t evolved to such a point that you can display affection for a loved one in public or directly approach women. There is a tact that needs to be adopted and an art that needs to be mastered to date in Delhi.

The women in Delhi are extremely bold and confident, they know exactly what they want from life and are very ambitious. Dating here could even be something casual, so it is better to know what you are getting into beforehand. Dating in Delhi follows all the societal and cultural norms, hence, be prepared to encounter some unspoken rules and restrictions as well. In addition to this, there will be a few other challenges to overcome but don’t worry, many of the local women are known to be fond of foreigners and dating men who aren’t Indian is not only an exciting prospect for them but also serves to be the perfect boost in social status for them.

Thus, keeping most of the above points related to the local dating culture in mind, tourists are recommended to make their move on the local Indian beauties.

How to Date Indian Women

Delhi in an altogether different city, where there is no specific equation that will prove to be useful while charming ladies and getting them to go on a date with you. A large portion of the ladies as referenced before, are amazingly partial to the glitz and glamour especially the kind that is associated with looks and grooming styles. It is a loosely held bit of information that men who can gift lavish and expensive things will do very well with ladies in Delhi. The whole society is materialistic so you can play that to your advantage. While visiting clubs, it is significant for men to dress well to have better chances with the ladies. The ladies believe that if they have gone through all the trouble to look sexy then then the men should also bother to dress up and look presentable. In the event that you are in ratty clothing, you will be dismissed totally. Aside from this, men who are prolific at discussions, have a good understanding of the local culture, information about music, movies, art, literature and philosophy frequently have a preferable possibility over the vast majority of different folks in the city. So ensure you are at your best while charming the local Indian beauties.

Dating in Delhi will also require some slyness on your part. To begin with, many of the local women come from average middle-class backgrounds, this does mean that them dating a foreigner could warrant them to unnecessary scrutiny from pesky neighbours and even family members, many of them who may wish to keep a low profile. Don’t take this as a negative sign but rather as a positive one and genuine interest on the part of the woman.

Indian women love men who can be realistic and mature but at the same time appreciate some level of cheesiness, so try and do just that by invoking Bollywood, music and dance but without being too cringy.

Dating in Delhi involves almost all the commonly undertaken activities across the globe. This involves going to the movies, having dinner at a fancy restaurant, getting a few drinks together at a pub and interacting with each other's social circle. The more intimate moments are spent together on holidays and getaways or in the comfort of hotel rooms or one’s own apartment. So get creative and make any of these seem like a special occasion.

Lastly, respect Indian traditions and culture, the women may have various political views and that is subjective but love for one’s nation, heritage and culture is unwavering and women seldom appreciate negative criticism or insults against the same. Be inclusive, try and understand the local culture and by attempting to do so you will also understand what women expect from the significant other while dating and getting romantic as well. 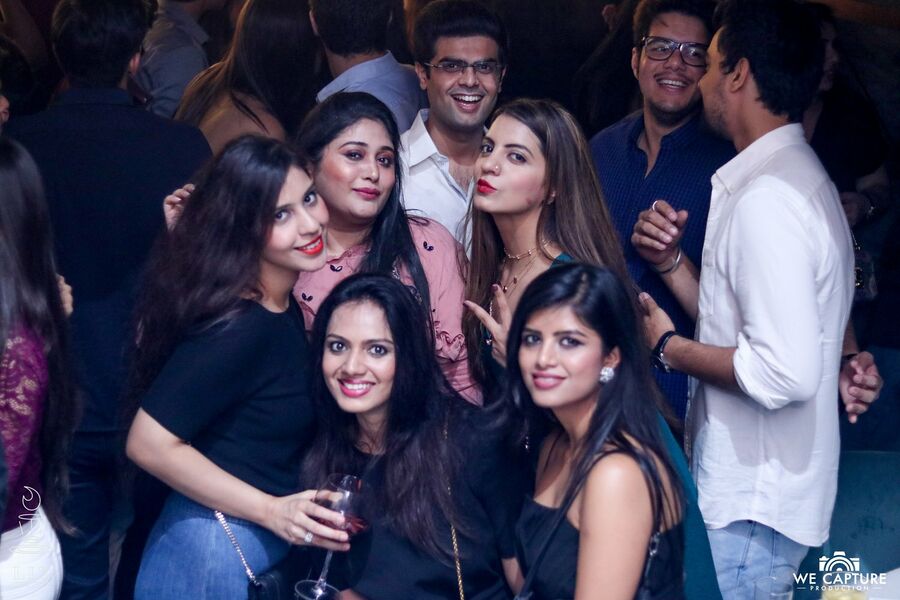 The city of Delhi is colossal and there are umpteen number of places that you can visit to meet single and attractive Indian women. You have a large group of spots that you can visit to meet single young ladies in the city, these even include portions of the adjoining states that are likewise viewed as an all-inclusive piece of Delhi, all of which go under the NCR (National Capital Region) boundary. Much like the other major cities in India, the best places to meet single young ladies in the city incorporate bars, discos, bars, clubs, and neighbourhood lounges. While these are breathtaking choices for the evening time, the daytime is overwhelmed by the pickup game at the shopping centres, cafés, and commercial places. As a tourist, you can get creative and even attempt to meet single girls at popular parks, gardens and historical monuments that are spread across the town. Nonetheless, to assist you with the same, given below is a list of some of the prominent places to visit in Delhi to meet enchanting single Indian women: 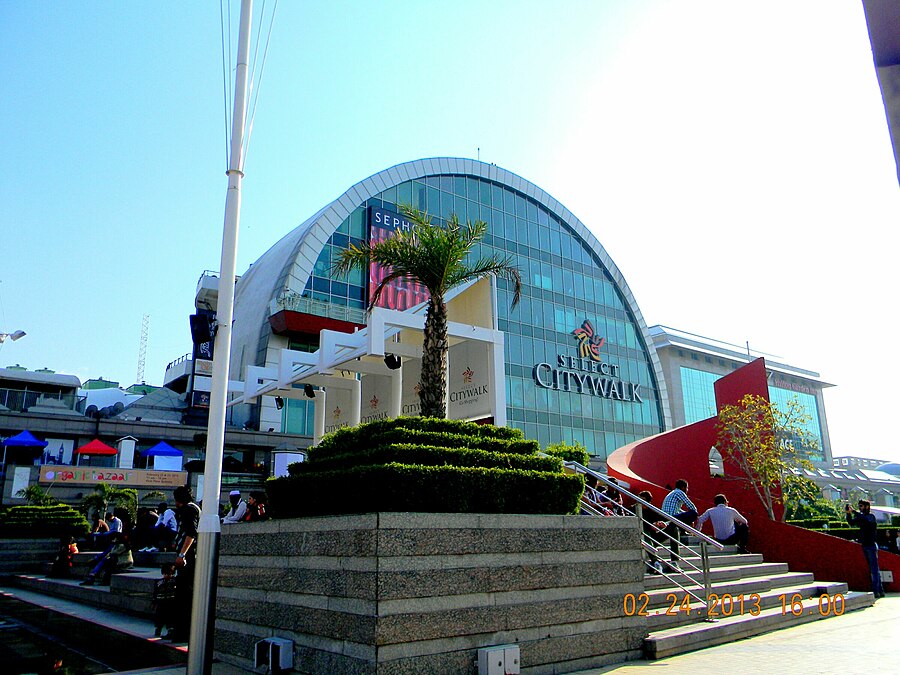 Being the capital city of the country and a key industrial and political hub, one can be assured of Delhi boasting some of the best nightclubs in India. These nightclubs are certainly worth visiting and splurging some cash if you wish to meet some of the most seductive and sensuous Indian women in town: 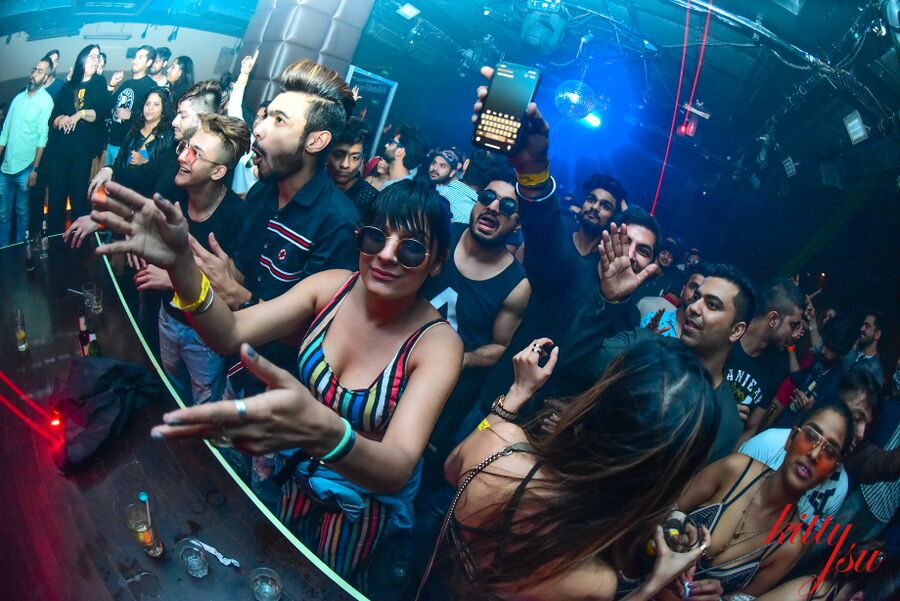 A party at the Kitty Su club in Delhi

Technology has truly redefined the way in which individuals date across the globe. In a country such as India, the citizens aren’t too far behind, though online dating just started establishing a foothold over half a decade ago, now, India contributes to one of the largest online dating demographics across the world. Thus, as a tourist, save some time by registering yourself on popular local dating apps to strike a connection with women before reaching the city itself to ensure that you don’t even waste a day when you are in town and go on that date ASAP! Given below are some of the popular dating apps in India: