Mumbai dating guide advises how to date Indian women and what are the best places to meet single girls in Mumbai, India. 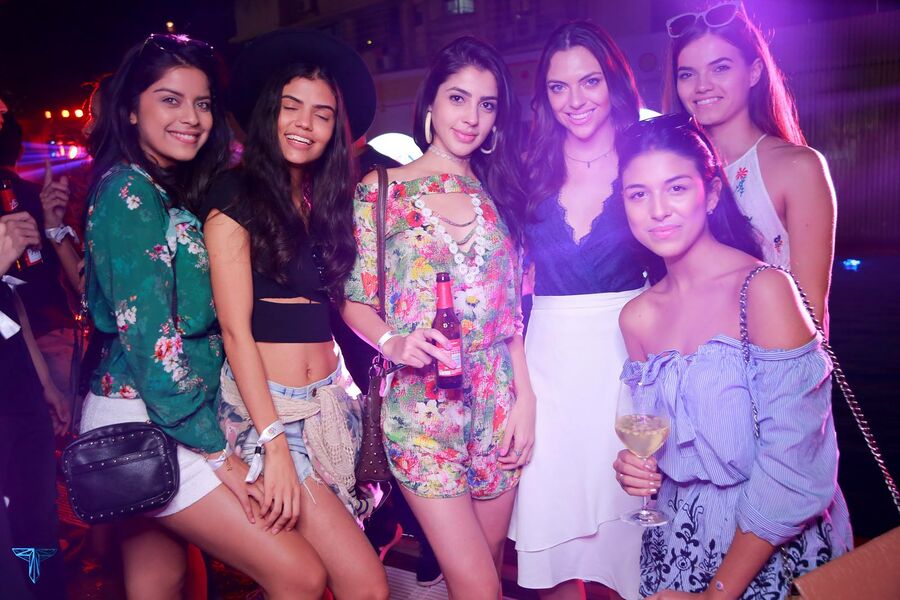 A group of hot girls at the Trilogy club in Mumbai

Dating in India is quite different from the dating culture commonly experienced across the world. Most of the countries in the Asian region have their own nuances when it comes to dating and this is seen in India as well where the concept of dating is not as advanced or as a modern. Surely enough, things are changing and India's population is changing its orthodox mindset. The people in India are now well educated, they have good financial stability and they have worldly views about topics such as dating. While this may not flatly apply to all of India but it does primarily apply to the urban pockets of the country especially major cities such as Mumbai.

To begin with, Mumbai is perhaps one of the best cities in India in order to get a feel of the modern dating culture seen in the country. The city is one of the fastest-growing cities in the world and is truly a global city in many aspects. Formally the financial capital of the country and informally the city of dreams to the locals, the city of Mumbai has an urban population that has been exposed to different cultures and tourists of different nationalities. That along with good education and travel experiences across the globe has enabled individuals from the most conservative families also to date openly without inhibitions of any kind holding them back. Mumbai has a youth population of almost 40% which also contributes towards the more modern dating trend.

Considering all of the above, the uninitiated should know that society as a whole is moderately conservative in Mumbai, kissing on the streets, expressing love physically and getting too cosy in public will certainly land you in trouble or get a few stares at minimum. But if one were to do any of the above at some of the upscale nightclubs in the city, then it would be perfectly normal. Dating in Mumbai does come with a clear class and social divide. Thus, approaching women and then subsequently dating them has to be done deftly.

Young couples across the city are more open than ever, going out to the movies, getting coffee together, enjoying strolls on the beach or meeting up for drinks and meals is all common across the town. This was once a hush-hush affair but in this era of liberal thinking and social media, things have turned around. Different kinds of relationships are also now widely accepted in younger social circles, thus, your dating experience isn't simply restricted to a relationship or a date between two individuals of opposite genders.

How to Date Indian Women

Dating women in Mumbai is probably the easiest in the entire country. As repeatedly mentioned in the section above, the local women are known to be extremely outgoing and casual. This is mostly seen only in other major Indian destinations such as the capital city of the country, Delhi and the beloved holiday destination of India, the beach state of Goa. However, you cannot paint the entire population of women with the same brush. You still have to be mindful about how a large percentage of them are still conservative and will not respond to your advances.

As a tourist, a lot will depend upon your ethnicity as not all local women are open to dating foreigners. However, your game plan must always be relatively straightforward while dating Indian women in Mumbai. To begin with, always try to befriend a lady that you like and try to keep things as nonchalant and chilled out as possible. In Mumbai, despite many of the women being bold and outgoing, they do not appreciate men directly hitting on them. Some young girls that you will come across in public places shall also subtly flirt back with you but never go beyond verbal flirting. It is only on dates that you will be able to break the barrier and indulge in some physical flirting. Do not hug or touch a girl uninitiated because public display of affection is not the norm.

Thus, as a tourist, get to know the lady you like, befriend her, learn about her likes and dislikes and then take things further. If you feel like giving her a compliment ensure that you aren't too direct or upfront, masquerade your compliment with some humour and cheesiness. If you could be slightly cheeky and flirty while ensuring that your charm works its magic, there would be no better way to date a local woman.

If you are genuinely looking to date an Indian woman in the city of Mumbai and you aren't just looking for a hookup, then make sure that you are not rushing things in any way whatsoever. Give it some time, women here are often shy and they do not get too close to men before the third date. So let the first two interactions be light and breezy. Pamper your lady, shower her with compliments, discuss anything that bodes well as conversation in the city. This could include popular topics such as Indian cuisine, music, sports such as cricket and above all Bollywood, which is essentially India's Hollywood and finds it's base in the city of Mumbai itself. In fact, most of India has derived its idea of dating and romance from Bollywood movies, so don't be afraid of being cheesy or over the top because that has been normalised by the Indian film industry (Bollywood) and is widely accepted by all the women in the country. This will also vary from girl to girl so just throw in a slightly cheesy line just to see her reaction first before going all out.

The younger generation of Indian girls are more open towards dating. Pictured here partying at the Yeda Republic club

Meeting single girls in the city of Mumbai isn't as easy as one would expect it to be. The city is one of the world's most populated cities. This when combined with women coming from different socio-economic backgrounds ensures utter and complete chaos. The citizens of this crowded city are known to be living a fast life. They are so self-engrossed and occupied all the time that making a move on Indian women on the streets is impossible. More so, it is unthinkable in the densely packed modes of transportation of the city. Above all, making a move on single girls in public places could land you into trouble. Thus, refrain from doing so unless you are in fine dining restaurants, nightclubs, bars, pubs, or even the shiny shopping malls of the city.

All of the above-listed places in the city of Mumbai are known to be perfect destinations to meet single girls. These are often bustling with large hoards of Indian women. Here Indian women are trying to socialise and let their hair down, often after a long day of work or perhaps even lounging on a day off from work. This does give you the perfect window to approach an Indian woman who isn't preoccupied with the rush that the town seems to perpetually be in. More so, the environment in these places is often controlled, thereby empowering women with a safe space to make acquaintance with an unknown man.

Tourists are often highly regarded by the locals and make sure you work this to your advantage. Try and make small talk about any of the topics that were listed in the previous section. You could also play the dumb tourist trick and ask for advice and suggestions regarding food, drinks, sightseeing and accommodation options available in the city. Any of these shall serve to be the perfect ice-breaker.

Given below are some such places in the city of Mumbai that shall serve to be the perfect locations to meet single girls:

In addition to the above-listed malls and restaurants, you can always visit popular Coffe shops such as Starbucks and Coffee by DI Bella to meet and socialise with single girls. If you get a membership at any of the upscale gyms in town, you could also bump into some sexy single girls who are more than willing to make acquaintance with tourists in town. 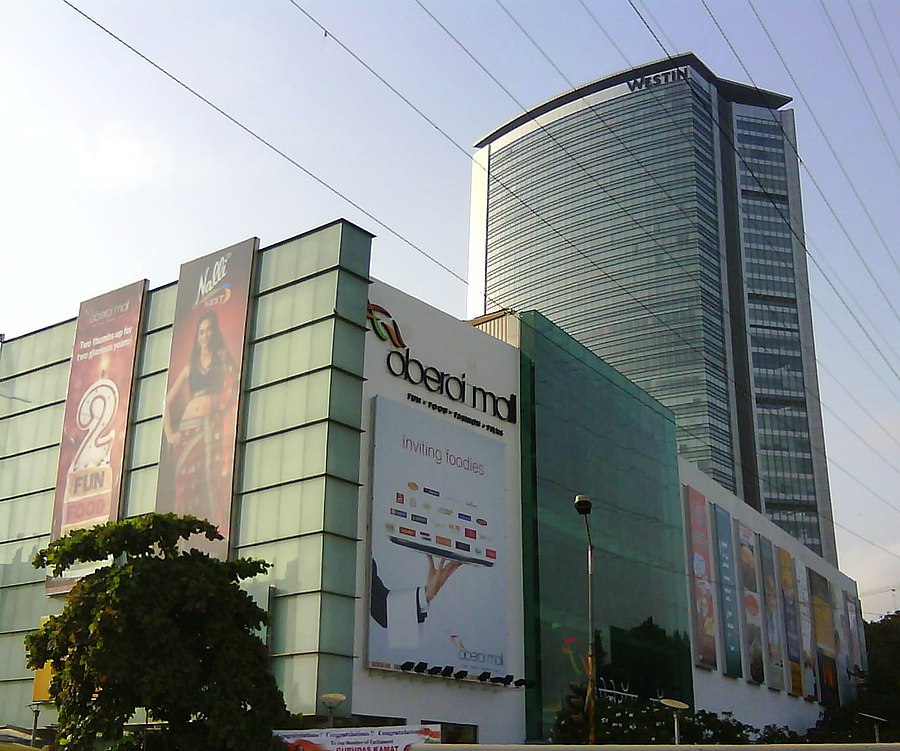 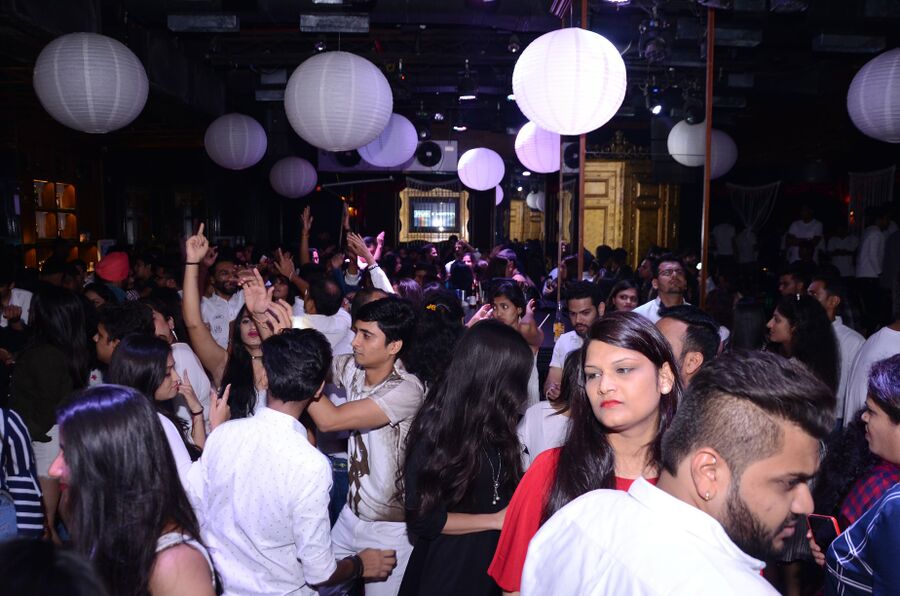 A party at the Matahaari club in Mumbai

Online dating in Mumbai has gathered pace only over the past decade and as of 2021, you will be pleased to learn that there are plenty of women who are regular users of dating apps, looking for the perfect partner to go out on a date with or just a one night stand. Thus, as a tourist, you are recommended to avoid any delays whatsoever, whip out your phone, download some of the most popular apps used by Indian women in Mumbai and start chatting with them even before you land in town so that you waste absolutely no time in getting to know one another and setting up that date! Given below are a few prominently used dating apps by Indian women in Mumbai that you could register yourself on: