Frankfurt dating guide advises how to date German women and what are the best places to meet single girls in Frankfurt, Germany. 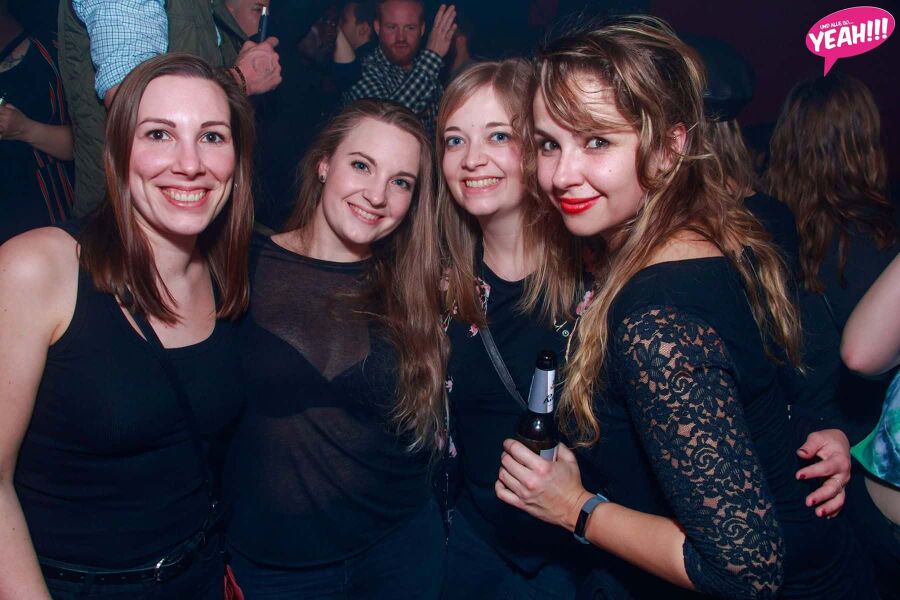 A group of beautiful German girls enjoying at the Pony club

The dating culture in Germany is very significant to other European countries. However, the number of German foreign partnerships has increased within the past two decades. 1.5 million German-foreign couples were living together in the year 2017 out of which 1.2 million got married. That is great news if you are expecting to find love in this country. The average age of the people getting married in Germany has readily increased over the past 27 years. On average, women who are 30 years old and men who are 33 years old, usually get married. This places Germany, 8th in the list of European countries in terms of the average age of first marriage. Recent studies have also stated that marriage is becoming more popular in Germany.

Meeting and dating new people is quite easy in Frankfurt. The teenagers usually begin to socialize with peers at school, within their neighborhood. They may also get to meet new people through social activities and local clubs. Young adults, however, prefer to meet at bars and clubs. Whereas the older generation generally socializes within their circles of friends.

Unlike other cultures, which are comfortable with the idea of meeting a stranger within an hour or so before arranging a proper date, Germans prefer taking their time. They generally like to meet people who can be a potential partner. They socialize through their trusted friend circles, where they can get to know someone before building a relationship. This explains why online dating was slow to catch on in Germany.

How to Date German Women

Dating German women is quite challenging but is not difficult, but make sure you’re gentle and attentive towards them. They usually prefer taking their time to get to know someone, depending upon how much the other individual is involved. German women are beautiful and smart. They make bigger moves than you in their life. It’s not difficult to impress German women, but you’ve got to do it the right way. German women are known to be well-educated and they will have at least as much formal education as you have. They will outrun you when it comes to talking about current events.

Standard small talks such as the weather, the stars, and your group of friends usually turn German women off. They want interesting conversations that have some substance. You should focus on what’s happening in the world of politics and current events, and don’t feel shy in putting your own opinions. They want to connect with you emotionally as well as intellectually, and you’re not going to get her for the second date if you’re not aware of what’s going on in the world. As you’re quite aware of the fact that Germany has a long and storied history. Make sure you do some research, share your thoughts, and ask about her opinions too. Be knowledgeable but not pushy, be respectful to her but not submissive. Express your passion for your career and the desire to improve yourself. German women find this incredibly attractive.

Be outgoing and quick with a joke and be equally quick to laugh at hers. If you will be respectful and generous to German women, they will respect you back. They will bring just as many jokes and stories as you are. German women expect to pay their bills, so don’t be surprised when her card is flung on the table. It’s not rude for you to pay for her, but she’s not going to expect it, at least not on the first date.

It is commonly believed in many circles that German men aren’t very good at flirting. Though it is not quite evident, if you want to impress a German woman then you must put your best move possible. When you’re out with a German woman, toss in a smooth compliment here and there, particularly during the moment when she’s looking at you in the eye. It will be more beneficial for you if you can make her laugh. However, she’s going to remember exactly what you said and how you made her feel. If you have money and going out for a date with a German woman, don’t go to expensive places but also not cheap places on a first date. Be creative about the location, a nice Bar-Restaurant combination would a nice place to meet. Do take some time in finding a proper location. The German girls appreciate the effort you made for picking the right location.

If you follow this advice and behave like the respectful and desirable person that you are, odds are that you will make a good impression in front of her.

The city of Frankfurt is well-known for its business than its nightlife. Don’t expect to see a vibrant party scene like you found while trying to hook up in Berlin. There are still some places to go out and have a good time but on a much smaller scale.

However, there are some famous nightclubs and pick-up bars to meet single girls in the city of Frankfurt. There are also other places like romantic restaurants, cocktail bars where you’ll meet women or single girls during the daytime. If you are just traveling through Germany and unaware of the local rules and regulations, you need to note something about the dating and pick-up culture around here. The locals don’t prefer small talk, people here are very blunt and to the point.

The dating game during the daytime is generally a very slow and inconsistent process, but if you see someone you like, then make sure to say hello. Some good places to try and pick up single girls in Frankfurt would be in malls, shopping districts, or other areas with heavy foot traffic like:

The first thing which comes to your mind when you step into a new city is where you can find the best bars and nightclubs. It is quite obvious that these places are usually filled with people, and you will find a lot of single women out there. Although, this doesn’t mean you will only single women visiting the bars and clubs. You may also find a large number of married or committed women too.

You must make sure that the lady is single before making your move. However, single ladies at these places are flirty and ready to mingle. You will either see them alone or with their friends. Some of these women may find you attractive and will be ready to follow you back for casual dating.

Specific venues around the town which are some of the best nightclubs and singles bars to pick up girls in Frankfurt are: 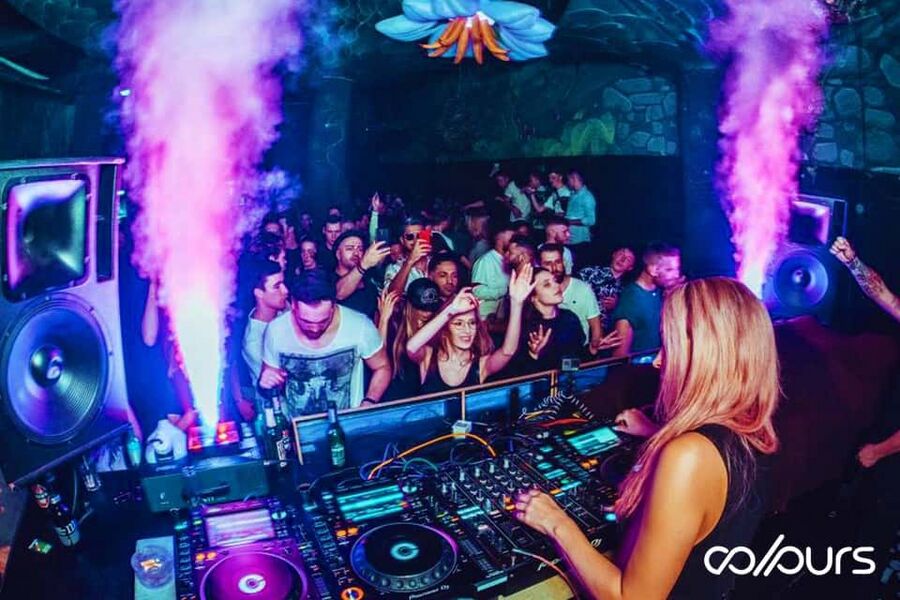 Party at the Tanzhause west club in Frankfurt

If you’re seeking a companion in Frankfurt, whether for social events or romance, then dating will you find someone.

With the help of these dating apps, you can meet new people from the other side of the world and become friends with them. Thanks to our smartphones, you can discover compatible people through friendship and dating apps. It improves your communication skills and extends your social networks. The popular dating apps which you can use in Frankfurt are: